Our Union is run by students for students, democracy is at the heart of everything we do. Here is how you can get involved. 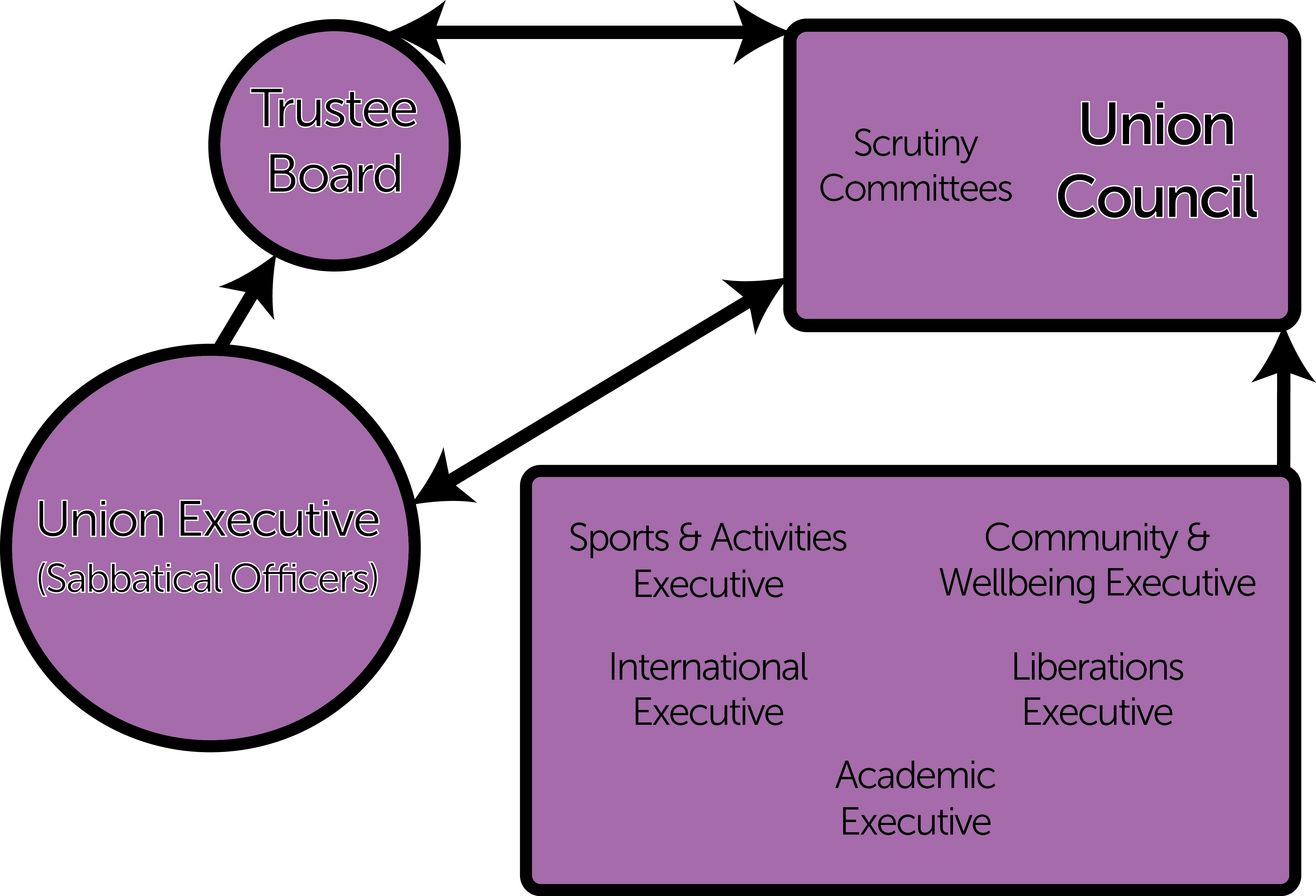 Union Council is the highest democratic decision making body within the Union. It decides the policies of the students' union, oversees all student groups and representatives and holds representatives to account. This includes the power to remove officials and call all student no-confidence votes. It has a close working relationship with the trustee board, it receives reports from the trustee board, appoints student trustees and scrutinises decisions of the trustees

It's membership includes members of the student executives, the sabbatical officers and 20 randomly selected students who are representative of the student body

Student executives are accountable to Union Council. They are the student leadership on a specific area of the Unions work (e.g. societies and sports) or represent a specific group of students (e.g. student with disabilities). They each have a budget and run regular meetings. They campaign on, represent and lead their area. Each executive is led by an volunteer officer and has a student committee.

The Union Executive is made up of the 5 sabbatical officers, it is responsible for the day to day democratic running of the Union in between meetings of Union council as well as implementing policy decisions of Union Council

Trustee Board is responsible for the finances and governance of the students' union. It ensures the Union is running well and is doing what it was set up to do. This includes ensuring the Union: has the money it needs, spends its money sensibly, on the activities it was raised for, follows the law, including preparing reports and accounts to send to the Charity Commission and doesn't break the rules in its governing document

It is made up of the 5 sabbatical officers, 4 students and 4 external members chosen for their expertise in a specific area